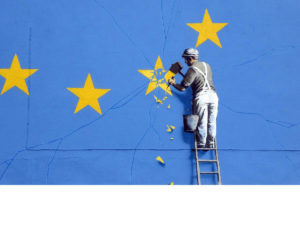 During the course of the morning, leaked versions of the draft Brexit treaty and accompanying documents started to appear on legal @twitter, only to be followed by the official publications by both the UK government and the EU Commission. I have now had an initial look at what the documents say regarding judicial cooperation in civil matters. Spoiler alert: Radio silence on this topic.

Overview of the Brexit Deal

But first, a quick look on what we have before us to review:

The main document is the Trade and Cooperation Agreement between the European Union and the European Atomic Energy Community and the United Kingdom of Great Britain and Northern Ireland, of course still in draft form, pending ratification (1,246 pages).

The Trade and Cooperation Agreement is complemented by three additional draft documents, namely

Each side has issued press releases and summaries that, inevitably, try to provide some spin on the assessment of the deal.

Silence on Judicial Cooperation in Civil Matters and the Lugano Convention

The Trade and Cooperation Agreement does contain, in Part 3, detailed provisions on Judicial Cooperation in Criminal Matters, down to the level of time limits for traffic offences in Article 120 LAW.MUTAS:

But as far as I can see, the text neither addresses judicial cooperation in civil matters in general nor the United Kingdom’s request to re-access the Lugano Convention specifically.

Disclaimer: I have not read the entire documentation, but I have read the parts that appeared to be relevant, and I have searched the douments using search terms such as “Lugano”, “judicial cooperation”, “civil matters”, “enforcement” or “judgment”. A lot of hits for “judicial cooperation”, all related to criminal matters, and for “arbitration”, but all in the context of dispute resolution between the EU and the UK-

Where does this leave us for now?

We must assume that the EU and the UK were unable to reach agreement on judicial cooperation in cilvil matters. Otherwise, it would have been odd for the Trade an Cooperation Agreement to remain silent on the topic, especially given the level of detail in other parts of the agreement, such as judicial cooperation in criminal matters or the somewhat related field of legal services. Specifically if there had been agreement on the Lugano Convention, one would have expected it to be reflected in the Trade an Cooperation Agreement, or to be addressed in one of the declarations if there was still work to be done.

The EU could of course grant its consent to the United Kingdom joining the Lugano Convention at any time, even if it has not committed to granting the consent in the Trade and Cooperation Agreement, but why should such a consent come at a later stage and not now?

Practically speaking, we appear to have what I would call a “sectoral hard Brexit”. As of 1 January 2021, there is no specific treaty basis for judicial cooperation in civil matters between the UK and the European Union. Parties in EU member states will have to rely mainly on the various Hague Conventions, as discussed in more detail on 31 January 2020, on Brexit Day and the transitional provisions in the Withdrawal Agreement.