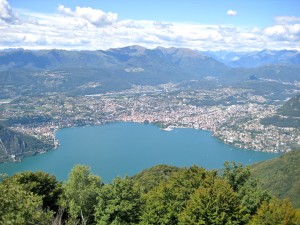 With all legal and non-legal news monothematically being dominated by Covid-19 and its implications, it appears that everyone has lost sight of Brexit – I certainly almost have. It is mid-May now, and the 30 June 2020 deadline for the United Kingdom to request an extension of the transition period beyond 2020 is fast approaching. At this point in time, it looks as if, Covid-19 and its impact notwithstanding, no such request will be made and the transition period will expire as currently scheduled on 31 December 2020, deal or no deal. Time to look into alternatives then… the 2007 Lugano Convention on Jurisdiction and the Recognition and Enforcement of Judgments in Civil and Commercial Matters might be one, as a substitute to the Brussels I Recast Regulation.

As previously reported, Switzerland, Norway and Iceland have already expressed their support for the United Kingdom. The final decision hence appears to be taken in Brussels – and were do we stand on this? Official sources appear to be silent. But The Financial Times recently covered the issue under the headline:”Britain risks losing access to valuable European legal pact – Brussels outlines grounds to reject UK request to remain part of Lugano convention.”

The FT reported that EU diplomats intend to use the consent to the UK’s accession as a bargaining chip in the wider post-Brexit negotiations, and are not willing to grant that consent without a corresponding concession elsewhere. According to the FT’s sources, the European Commission has advised the member states that agreeing to the United Kingdom’s accession was not in the EU’s interest, as “granting the request would be a boon for Britain’s legal sector.” With the United Kingdom leaving the single market, the Commission “will surely not make a possitive recommendation“ in support of the application.

From the perspective of EU and UK parties, the uncertainty regarding the future regime of judicial co-operation will thus likely persist until the very last minute.

For background reading on why the Lugano Convention may not be a suitable bridge between the United Kingdom and the European Union after Brexit, check out Burkhard Hess’ working paper. Here’s the abstract:

“This article explores whether the Lugano Convention might be the appropriate instrument for the judicial cooperation between the European Union and the United Kingdom after Brexit. It argues that the mechanism of the Protocol no 2 to the Lugano Convention, which provides for an obligation to ‘pay due account’ of the case law of other Contracting Parties (including the CJEU), is an insufficient tool to keep the different procedural cultures of Civil and Common Law together. The only suitable solution will be a bilateral agreement between the UK and the EU which will not provide the same level of judicial interchange as does the Lugano Convention.”

The photo by Aconcagua shows Lugano from Sighignola, CC BY-SA 3.0.