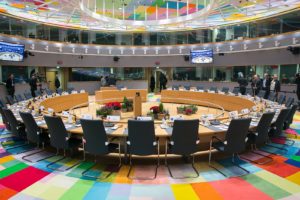 While the Brexit Deal continues to make headlines, the EU and the UK carry on with the implementation of the institutional Brexit arrangements. The Withdrawal Agreement provides for an EU-UK Arbitration panel to decide disputes between the parties. Yesterday, the Council Decision appointing the members of the panel was published. The title of the document is quite a mouthful, but then it tells you all there is to know about the document, the remainder really is just a list of names:

And here is the list. You will most likely recognise prominent arbitrators and academics on the list. I plan to follow up with a closer analysis later, but some initial observations: 60% of the Chairpersons are female, as are 40% of the ordinary members nominated by the EU and 20% of those nominated by the UK. On the reserve list, only 12% of the nominees are women. The Mr Jan Wouters on the list is the professor of International Law and International Organization at KU Leuven, Belgium, and not the former Dutch international who played for Bayern München in the early nineties.