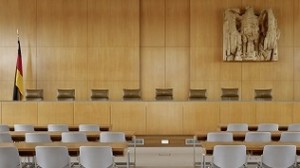 The local court, however, did not attempt to get hold of these files. Its failure to use  “institutionalised facilities and measures of judicial assistance”, in particular those offered by the European Evidence Regulation and the European Judicial Network in Civil and Commercial Matters, in the circumstances of the case rendered its decision unconstitutional.

In family law cases, the courts are under an obligation to investigate and establish the facts ex officio (Amtsermittlungsgrundsatz, Sec. 26 Act on Proceedings in Family Matters and in Matters of Non-contentious Jurisdiction, FamFG). Therefore, the local court’s mistake carried particular weight. However, the reasoning of the Federal Constitutional Court would also apply in civil or commercial disputes, if and when a court gave up too early on following up on evidence that is offered by a party, but can be obtained only through international judicial assistance. Hence, I would expect a similar outcome, if a court failed, in relation to a convention state, to make use of the Hague Evidence Convention or if it failed to seek judicial assistance on a comity basis.

This is one of the rare cases* where the court provides an English-language translation of the headnotes and a case summary on its website:

While not every violation of the courts’ obligation to investigate and to establish the facts of the caseex officio (Amtsermittlungsgrundsatz) – an obligation laid down by statutory law for certain cases – also violates the Constitution, a violation of fundamental rights is possible under specific circumstances.

According to these standards, the right to effective judicial protection is violated if a decision is based on a serious error in applying the law, e.g. if a legal provision that is obviously applicable is not taken into account (cf. Federal Constitutional Court, 1 BvR 1243/88, 03.11.1992 with further references).

The same holds true if courts fail to use possibilities to investigate that have good prospects of success, in particular if they do not take into account specific institutionalised facilities and measures of assistance.”

“I. The applicant of the initial proceedings, a Romanian national, had sued the complainant, a widow of Romanian nationality, for a share of the inheritance of her deceased husband based on the assertion that they had adopted him. The complainant, however, contested that that person had been adopted by herself and her husband. Therefore, the applicant applied for recognition of the adoption supposedly having taken place. The complainant again contested that it had taken place. In the proceedings, the Local Court (Amtsgericht) did not request the Romanian adoption files for consultation by way of judicial cooperation.

The complainant challenged that decision by a Local Court. The complainant asserted that Article 3.1 and Article 103.1 of the Basic Law had been violated by the Local Court, as it had not requested the adoption files for consultation.

II. The Federal Constitutional Court reversed and remanded the challenged decision for a new decision to the Local Court, as the right to effective judicial protection had been violated by the Local Court.

The decision is based on the following considerations:

While a court, if this is provided by law, is obliged to establish all facts relevant for case, it does not have to follow any potential lead. It may close a case if further investigations would not add any pertinent, decisive facts. It does not always have to grant applications to take evidence that are made by the parties to the proceedings. This includes cases in which evidence would be inadmissible, cannot be obtained, or would be completely useless.

However, in the case at issue, the Local Court, pursuant to the relevant German laws, had been obliged to investigate the relevant circumstances ex officio.

Within the European Union, in general, judicial cooperation in the field of taking evidence is governed by Council Regulation (EC) No 1206/2001 of 28 May 2001 on cooperation between the courts of the Member States in the taking of evidence in civil or commercial matters (hereinafter: Council Regulation). The court did not use the possibilities provided under that Regulation, although, by request, it might have been able to determine whether there was an obstacle to recognising the adoption that allegedly had taken place.

The general conditions for requesting the taking of evidence were present. However, the Local Court –inexplicably – was of the opinion that the applicability of the Council Regulation depended on the proceedings abroad still pending.

The court was inconsistent in its approach: As it considered the question of whether the couple had applied for the applicant’s adoption to be decisive, as it did not take into consideration any other means of establishing that fact and as there was no case-law of the Court of Justice of the European Union about the disputed question whether the Council Regulation allowed for a request of the case law in another member state, it would have been under a duty to refer the question to the Court of Justice of the European Union pursuant to Article 267.3 of the Treaty of the Functioning of the European Union.

Moreover, the court could have asked for assistance by way of general mutual judicial assistance, assistance not regulated and depending on the good will of the other state involved, but, from the facts of the case, an option that might have been possible.

*English-language translation of decisions of the Federal Constitutional Court are available here.  The court has provided, over the last couple of years, approx. 5 to 15 translations per annum.

The photo shows one of the court rooms in Karlsruhe. Copyright of the Federal Constitutional Court.