Franz Sedelmayer was awared damages under the German-Russian Investment treaty in an arbitration seated in Stockholm in 1998, and has spent more than 15 years enforceing it. The details have been reported extensively, see for example, this piece in the New York Times. END_OF_DOCUMENT_TOKEN_TO_BE_REPLACED

A one-day conference hosted by the University of Mannheim and co-organized with the ICC is devoted to the methods of establishing facts in international arbitration. END_OF_DOCUMENT_TOKEN_TO_BE_REPLACED 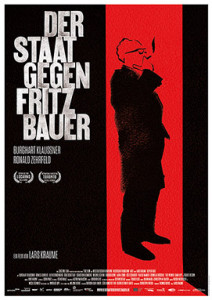 END_OF_DOCUMENT_TOKEN_TO_BE_REPLACED

At a press conference today, the Gurlitt taskforce presented its final report on the provenance research into the Schwabing art find. Regular readers will be familiar with the Gurlitt case, which we have covered here in quite some detail. In a nutshell, the Gurlitt taskforce was established in November 2013 to deal with the art collection of Cornelius Gurlitt, the son of Hildebrand Gurlitt, a German art dealer who traded in degenerate art during the Nazi era. The collection was seized by the public prosecution (Staatsanwaltschaft) in Augsburg in early 2012 and was believed to contain a substantial number of looted artwork (see here for a detailed chronology of the Gurlitt saga in English). END_OF_DOCUMENT_TOKEN_TO_BE_REPLACED