Franz Sedelmayer was awared damages under the German-Russian Investment treaty in an arbitration seated in Stockholm in 1998, and has spent more than 15 years enforceing it. The details have been reported extensively, see for example, this piece in the New York Times. END_OF_DOCUMENT_TOKEN_TO_BE_REPLACED 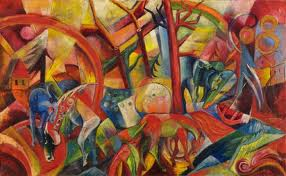 In an earlier post, I had written about a judgment of the District Court (Landgericht) Cologne that had held the Lempertz auction house liable in relation to the sale of a Campendonk painting forged by Wolfgang Beltracchi. The court ordered Lempertz to hold the buyer harmless for the purchase price in the order of EUR 2.9 Million.   END_OF_DOCUMENT_TOKEN_TO_BE_REPLACED

In case you read in the press about Cologne District Court’s judgment and wondered what was going on here: Both Verfassungsblog and UK Human Rights Blog review and analyse the judgment.