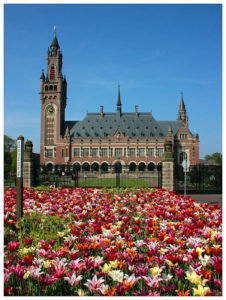 This post first appeared on Ted Folkman’s Letters Blogatory, which is celebrating its 10th anniversary – if you don’t know that blog yet, do check it out, it  is rightly called The Blog of International Judicial Assistance. Ted, who has been a guest on this blog, asked me to contribute some thoughts about the future of international judicial assistance (IJA). Ted’s invitation came at a time when I experience, for the first time, a step backwards in that field: The Brexit Deal between the European Union and the United Kingdom, which in my view is a “sectoral hard Brexit” for civil judicial assistance.

Ever since I attended law school, international judicial assistance progressed in scope and territorial reach, primarily within Europe: The European Union was on a path towards deeper integration on all levels, including the IJA regime: Starting with the Brussels Convention, moving on to the Brussels Regulation and then to Brussels Recast with automatic recognition of judgments.

The scope widened, with Brussels II for family law and regulations on service and evidence, on demand procedures and seizure of bank accounts. The territorial reach widened as well, with new member states joining the EU, peaking at 28 EU member states. If you add those under the Lugano regime, 31 sovereign states across Europe aligned almost all or at least significant parts of their IJA regime. I am not aware of any equivalent system, past or present.

Progress within the Hague Convention framework was slower, more incremental, but progress there was. The most visible step was the entry into force of the 2005 Convention on Choice of Court Agreements in October 2015, having been in the works as part of the HCCH’s Jurisdiction Project since 1992.

Perhaps naively, my implicit assumption was that this process towards ever closer cooperation would continue. And all of a sudden, I find myself researching the application of a 1928 “Convention between his Majesty and the President of the German Reich regarding Legal Proceedings in Civil and Commercial Matters”.

So where does that leave us – with the “us” probably being a European “us”, and the “European” mainly being a “European” European perspective, that is, including the United Kingdom. Four observations:

First, I expect to see the European Union member states assess what they have lost as a result of the “hard Brexit” (and in the process hopefully appreciate what they have achieved). The unified IJA regime across the European Union is now, regarding the respective relation with the United Kingdom, replaced by a patchwork which may or may not – I really have not made up my mind yet – include a 1928 Convention. The various member states will need to think about what gaps there are, whether they want to bridge them and if so, what the best methods are. For example, our Austrian friends might reach the conclusion that it is now appropriate to accede to the 1970 Hague Evidence Convention.

In a second step, I imagine there will be some level of (incremental) Hague activity around existing conventions. The biggest game changer would of course be if the United States ratified the 2005 Convention on Choice of Court Agreements. Ted is better placed to assess whether the incoming administration will have that on its agenda.*

In a third phase, this trend might lead to further Hague Convention developments on the basis of the 2019 Convention on the Recognition and Enforcement of Foreign Judgments in Civil or Commercial Matters and of the HCCH’s current mandate.

Fourth, and finally looking beyond Europe and the United States, regional economic integration bodies elsewhere in the world might move to emulate the European Union’s approach to regional judicial cooperation in civil matters. I am convinced it is a success story (as I believe is the European Union at large). The EU’s IJA regime could serve as a blueprint for other regions embarking on a path to closer economic intergration. I know very little about these matters outside Europe, but what comes to mind is the Organization for Harmonization of Business Law in Africa (Organisation pour l’Harmonisation en Afrique du Droit des Affaires, OHADA) and its Court of Justice and Arbitration in Abidjan, Ivory Coast.

In summary, I hope that over the next ten years, we see an increased and sustained interest in IJA on a multinational level. And of course, we hope we will see Ted and his blog flourish, but that is the least speculative of my predictions.

*And here is Ted’s comment on the United States’ ratification of the Choice of Court Convention:

I am not aware of any really active movement towards ratification of COCA. That doesn’t necessarily mean one isn’t underway. As you may recall, the main barrier to ratification several years ago was not any real disagreement about the merits of the Convention, but byzantine infighting about whether the Convention should be implemented in federal law (by analogy to the FAA) or in state law (by analogy to existing law on judgment recognition). This was, in some sense, a fight between the Commissioners on Uniform State Laws and everyone else. In any case, I suspect that the incoming administration and the Senate are going to have much bigger fish to fry for the foreseeable future.”