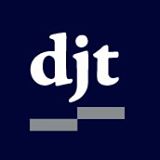 The Association of German Jurists (Deutscher Juristentag) is a venerable institution, one of the oldest in Germany’s legal community, having been established in 1860. It aims to promote the development of the legal system across all fields of law. Its recommendations have often been a catalyst for legal reforms. The Association’s activities culminate in the bi-annual German Jurists Forum (Deutscher Juristentag). This year, the 70th German Jurists Forum, will be held from September 16 to 19, 2014 in Hannover. One of its “divisions” (Abteilung) will be devoted to the role of the judge in the context of civil litigation reforms.

Here is the outline of what will be discussed in Hannover:

“The Code of Civil Procedure (ZPO) and the Courts Constitution Act (GVG) date back to the 19th century. It is about time to modernize the way litigation matters are being allocated within the court system and how procedures are managed. Lawyers have become increasingly specialized, facts have become more complex and disputes more voluminous; computers allow briefs to be easily (re)produced, and rules have been introduced that create sanctions for undue delays in litigation – all of these factors have changed indeed heightened expectations of what civil litigation should deliver.

The procedural division of the 70th Deutschen Juristentag plans to discuss whether, and if so which, instruments must be created to make civil litigation modern, attractive and efficient. Amongst other topics, the following will be discussed:

Modern civil litigation could also mean that the parties have to present their pleadings in a prescribed format, and are forced to summarize the facts on which they rely.

A discussion of the role of the judge in civil litigation thus also touches upon the role of the lawyer. All of the above relates to the job description of judges, regarding the continuing education requirements and the use of IT.”

Professor Callies, University of Bremen, has been appointed as the rapporteur. His report will form the basis of two days of intensive discussions in Hannover. At the end, the attendees will take a formal vote on various recommendations to the law makers (see here for the 2012 resolutions, here for my post on the 2012 sessions, and here for Commissioner Reding’s speech on class actions at the 2012 Forum).

I am planning to attend, and will in any event cover the matter here in more detail.