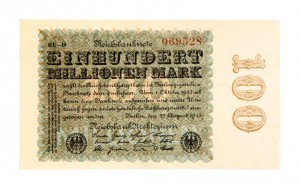 Today’s guest post by Ted Folkman of Letters Blogatory addresses the interplay of German and US courts in relation to service under the Hague Service Convention in a putative class action:

The plaintiffs in Bleier v. Bundesrepublik Deutschland  claim that they are hold pre- WWII German bonds, on which Germany ceased making repayments in 1933.

The substantive point in the case was whether the court had subject-matter jurisdiction in light of requirements of German law, and of a post-war treaty between the US and Germany, that only bonds that had been “validated” through an administrative procedure prescribed by German law are enforceable. A second substantive question was whether Germany, its ministry of finance, and its central bank were immune from suit under the Foreign Sovereign Immunity Act (FSIA). The point relevant to this post was procedural: Germany also raised a defense of insufficient service of process under the FSIA.

The plaintiffs first sought to make service via the German central authority under the Hague Service Convention, but the central authority refused to execute the request under Article 13, which permits a state to refuse to execute a request that “would infringe its sovereignty or security.” Rather than seeking to comply with FSIA, the plaintiffs moved for leave to effect service by email to Germany’s counsel of record. Ordinarily, this is an appropriate tactic, but in the context of FSIA – well, let’s just say that it’s a good thing that when the case was assigned to a new judge, the new judge didn’t just adopt the position of the prior judge, else any victory by the plaintiffs at trial would surely have been reversed on appeal. The FISA’s four methods of service, attempted in the prescribed order, are mandatory and must be strictly complied with (at least when attempting service on a foreign state rather than an instrumentality of a foreign state).

The plaintiffs also sought to serve the German central bank via the German central authority, and they filed a motion suggesting that the central authority had executed the request for service, even though, for reasons that are unclear, the central authority had not returned the certificate of service to the plaintiffs. On the other hand, the bank denied that it had been served. So the plaintiffs moved for leave to serve the German central bank by alternate means. But because the alternate means were not among the means prescribed by the FSIA, and because the central bank had moved, in a German court, to quash service in Germany (this is another instance of the curious procedure we saw in Tang v. CS Clean Systems AG), the court denied the motion without prejudice, pending a resolution of the German proceeding. It explained:

“If the German court has ruled by now on the motion to quash, and has quashed service, Plaintiffs may re-file the motion to serve by an alternate method, § 1608(b)(3)(C), but Plaintiffs must explain specifically how the proposed alternative is “consistent with the law of the place where service is to be made,” id. If the German court has not quashed service, then Plaintiffs may move to deem service effectuated if [the bank] still disputes the effectiveness of service.”

The plaintiffs, in light of this order, have filed a motion to “deem service effectuated.” I have previously criticized the use of post facto motions to “validate” questionable service of process or to deem questionable service of process effective, on the grounds that insufficient service of process is an affirmative defense that should be raised by the defendant rather than by way of a request for an advisory opinion. Here, however, while I might have chosen a different name for the motion, the plaintiffs make a strong point: there’s no question that the plaintiffs transmitted the appropriate documents to the German central authority, and although six months have past and they have made efforts to see to the central authority’s performance of its obligations, they have not received a certificate from the authority stating that service has been effected or stating, for that matter, that service has not been effected or that the authority has refused to attempt service. Article 15 of the Hague Service Convention generally prohibits default judgments “until it is established that” the document was properly served on the defendant, but Article 15(2)provides an exception:

“Each Contracting State shall be free to declare that the judge, notwithstanding the provisions of the first paragraph of this Article, may give judgment even if no certificate of service or delivery has been received, if all of the following conditions are fulfilled –

(a) the document was transmitted by one of the methods provided for in this Convention,

(b) a period of time of not less than six months, considered adequate by the judge in the particular case, has elapsed since the date of transmission of the document,

(c) no certificate of any kind has been received, even though every reasonable effort has been made to obtain it through the competent authorities of the State addressed.”

Ted Folkman is a partner in Murphy & King in Boston. This post has been first published on lettersblogatory.com.