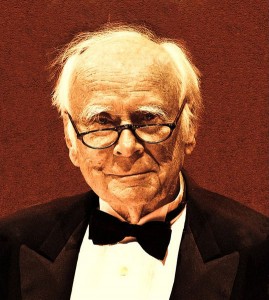 For Germans, this case pitches two iconic names against each other: Loriot was one of Germany’s most loved comedians, actors, film makers and cartoonists. He passed away in August 2011. Shortly thereafter, his daughter sued Wikimedia Foundation in the Berlin courts for allegedly violating Loriot’s copyright. Wikipedia’s German entry for Loriot depicted, inter alia, postal stamps with Loriot cartoons. For the purposes of this blog, the judgment of the Berlin District Court (Landgericht) is interesting not so much for the copyright issues – on these, Loriot’s daughter prevailed on one, and lost on the other – but rather for its holding relating to service of a German injunction in the United States.

First, a brief history of proceedings: Loriot’s daughter applied for injunctive relief on September 27, 2011, and a preliminary injunction (einstweilige Verfügung) prohibiting the use of the pictures was granted ex parte on October 6, 2011. It was served on the applicant the day after. The applicant then applied to the court to serve the preliminary injunction by registered mail against return receipt (Einschreiben mit Rückschein) upon the defendant in accordance with Sec. 183 para 1. German Code of Civil Procedure (ZPO). The papers were posted by the court to the United States on October 19, 2011. On November 23, 2011 at the latest, the return receipt (Rückschein) was received by the Berlin court.

Under German law, the applicant who is granted injunctive relief has observe a one month enforcement period (Vollziehungsfrist; Sec. 929 ZPO) during which he must make use of that court order and arrange for it to be served on the other party. In a domestic context, the applicant needs to instruct a bailiff (Gerichtsvollzieher) to do that. If service needs to be effected abroad, however, all he has to do is to apply to the court within the one month period and request service on the defendant. Everything else is then handled by the court administration.

If service by registered mail had not been permitted, then the one month period would have lapsed and the injunction would have been void. Therefore, when Wikipedia moved to set the injunction aside, it challenged two aspects of service: On the one hand, Wikipedia argued that service should have been in accordance with Art. 5 (a)  Hague Service Convention, that is, through the formal Hague Convention process. On the other hand, it challenged the fact that only the German original of the preliminary injunction had been served, but no English translation thereof.

In its judgment upholding the preliminary injunction in part, the Berlin Court rejected both of Wikipedia’s arguments:

With respect to service by registered mail, the court held that even if Germany itself does not allow service by post and has lodged the respective objection in accordance with Art. 10 Hague Service Convention, the United States did allow that method of service. This was sufficient for service to be permitted by registered mail. The Berlin Court distinguished an older judgment by the Düsseldorf Court of Appeals (Oberlandesgericht) on which Wikipedia had relied. The Düsseldorf court had held that service by registered mail would only be permitted if both Hague Service Convention member states concerned permitted that method. The Berlin court stated that in the meantime, Sec. 183 ZPO had been amended, and it is now clear that service by post is expressly provided for in the Code, even as a preferred method of service.

The Convention reads, in Art 5 para. 3: “If the document is to be served under the first paragraph above, the Central Authority may require the document to be written in, or translated into, the official language or one of the official languages of the State addressed.” The Berlin court reads this, in accordance with previous case law, as exclusively applying to service under Art. 5 Hague Service Convention, and not to other methods of service permitted under Art.10 Hague Service Convention, such as service by registered mail.

This judgment illustrates that injunctive relief obtained ex parte against a foreign party in Germany can be served very quickly and effectively upon the foreign party, as long as it resides in a jurisdiction that permits service by registered mail. Since there is no translation requirement for that type of service, foreign parties ignore German language documents sent to them by a German court via registered mail at their own peril.

Note: The published version of the Berlin judgment is edited, in line with the German tradition of anonymous court reporting, but only partly so: Loriot’s name is given, but Wikipedia’s name is deleted throughout – but at the same time, defendant is being described as a non-profit foundation publishing an internet encyclopedia. Wikipedia’s English language entry on Vicco von Bülow records the law suit and the judgment.