Earlier this month, we reported the decision of the Federal Supreme Court (Bundesgerichtshof) to hold the Olympic Sports Confederation (DOSB) liable for damages for its failure to nominate Charles Friedek, the former triple jump world champion, for the Bejing Olympic Games. On Friday, the Federal Supreme Court published the full judgment. END_OF_DOCUMENT_TOKEN_TO_BE_REPLACED 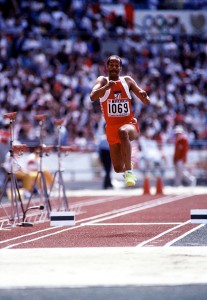 Charles Friedek, the former triple jumper who was world champion in 1999, had sued the German Olympic Sports Confederation (Deutscher Olympischer Sportbund, DOSB) on the basis that DOSB wrongly failed to nominate him for the 2008 Olympic Games in Beijing. The German Federal Supreme Court (Bundesgerichtshof) has today confirmed the first instance judgment that had held DOSB liable for damages in principle. Friedek is claiming lost revenue, made up of foregone appearance fees, price monies and sponsorship deals. END_OF_DOCUMENT_TOKEN_TO_BE_REPLACED