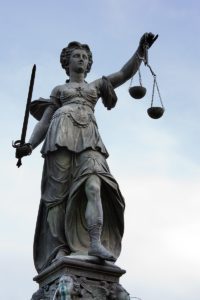 An Austrian and a Croatian bank commenced arbitral proceedings against the Republic of Croatia seeking damages on the basis of the 1999 Agreement between the Republic of Austria and the Republic of Croatia for the Promotion and Protection on Investments (BIT); the arbitral tribunal was to be seated in Frankfurt am Main. Croatia applied to the Frankfurt Court of Appeals (Oberlandesgericht) to find that the arbitral proceedings were inadmissible (Sec. 1032 para. 2 German Code of Civil Procedure, ZPO). Croatia relied on the 2018 Achmea decision of the European Court of Justice (ECJ) – the well-known case which also originated in the Frankfurt Court of Appeals and came to the ECJ via a reference from the German Federal Supreme Court (Bundesgerichtshof). END_OF_DOCUMENT_TOKEN_TO_BE_REPLACED

Investment arbitration under investment treaties between EU member states is a hot topic, in particular given the EU Commission’s strong views on the subject: The Commission has intervened in arbitrations in support of the position that the arbitral tribunal lacked jurisdiction to hear the dispute. One such matter was Eureko v. Slovakia, apparently the first case where this issue was brought before a state court, when Slovakia challenged an interim award confirming the jurisdiction of the tribunal in the Frankfurt Court of Appeals (Oberlandesgericht). The Frankfurt court in May 2012 upheld the award (see here and here for comments). The matter proceeded to the German Federal Supreme Court (Bundesgerichtshof) for judicial review (Rechtsbeschwerde). The Federal Supreme court published its order (Beschluss) dated September 19, 2013 on its website earlier this week.