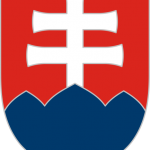 We have covered these proceedings between the Slovak Republic and Eureko, a Dutch health insurance provider before. At the heart of the matter is the issue whether European law rendered arbitration clauses in intra-EU bilateral investment treaties (BITs), that is, in BITs between EU member states, inapplicable. To the best of my knowledge these are the first court proceedings addressing the issue: In May 2012, the Frankfurt Court of Appeals upheld an arbitral award that ruled on jurisdiction and arbitrability and held that the tribunal had authority to hear damages claims by Eureko against the Slovak Republic under the Netherlands/Czechoslovakia BIT of 1991.

The decision issued by the Frankfurt Court of Appeals last week now dealt with Slovakia’s challenge to the final award. However, unsurprisingly, the Court of Appeals did stick to its previous assessment and held, again, that the 1991 BIT remained applicable and, in particular, that the arbitration provision contained in the BIT was compatible with European law. The Slovak Republic had argued that the arbitral tribunal lacked jurisdiction because (i) the European Community treaty governs the same subject matter as the BIT and therefore the BIT should be considered terminated and/or inapplicable pursuant to Articles 59 and 30 of the Vienna Convention on the Law of Treaties, (ii) the arbitration clause in the BIT cannot apply because it is incompatible with the EC Treaty, as the ECJ has exclusive jurisdiction over Eureko’s claims, and (iii) clauses such as Article 4 of the BIT relating to free transfer of capital have been held by the European Court of Justice  to be incompatible with EU law, which takes precedence.

Neither the arbitral tribunal nor the Frankfurt Court of Appeal were persuaded. The latter held that the Slovak Republic could not rely on Art. 344 of the Treaty on the Functioning of the European Union. This article provides that members states shall not “submit a dispute concerning the interpretation or application of the Treaties to any method of settlement other than those provided for therein.” The court found that Art. 344 did only apply to disputes amongst member states, but not to disputes between a member state and a private Party such as Eureko. The possibility of violations of EU law by an arbitral tribunal did also not give rise to immediate jurisdiction of the European Court of Justice (ECJ). Any such violations would need to be addressed by seeking judicial review in the courts of the member states. These, in turn, had authority to submit questions of EU law to the ECJ. Further, the court stated that the position of the Slovak Republic was not supported by the ECJ’s own case law. Finally, it held that the tribunal had observed due process and had determined the quantum of damages applying a method that would be acceptable under German civil procedural rules.

European Court of Justice to Have the Final Word?