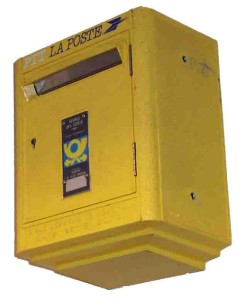 Until recently, a lawyer issuing proceedings in a German court against a foreign party could, as a matter of principle, assume that she had done everything necessary to suspend the statute of limitations or otherwise comply with an applicable time limit if two requirements were met: First, she had to file the statement of claim (Klageschrift) with the court in good time. Secondly, upon the court’s request the claimant had to immediately pay the advance on court as well as an advance on costs, if any, for a translation for service abroad. If these requirements were met. then service was deemed to have taken place on the date of filing the statement of claim with the court pursuant to Section 167 ZPO (Zivilprozessordnung; Code of Civil Procedure).

Under well-established case law, the courts treated service in these circumstances as imminent (demnächst). Delays caused by the courts themselves – the court administration can be slow at times, an example of which we see below….. – were not held against the party. Where service within the EU is concerned, the Frankfurt Court of Appeals (Oberlandesgericht) now sees things differently. The holding (Leitsatz) of the Frankfurt decision reads as follows:

One would have thought that the claimant’s lawyer had done everything correctly: In the statement of claim, she had requsted an invoice for the translation costs to be issued, and it appears that the advance had been paid on time. However, the Darmstadt District Court (Landgericht) for quite some time failed to find a translator. It not serve the statement of claim with a translationon the French party  until almost one year after it had been filed. For the Frankfurt Court of Appeals, this was no longer “imminently”. The court further held:

As a result, the Court of Appeals of Frankfurt am Main dismissed the action as time-barred.

In my opinion, the Frankfurt Court of Appeals got it wrong. It de facto created an obligation on the party to procure a translation itself, and pushed the responsibilty for the court’s delay to the party. This appears to be wrong for two reasons: First, the claimant’s lawyers opted for service with a translation, which is one of the options the EU service regime allows. Secondly, the lawyer relied on the court to procure the translation, a time-honoured practice in German litigation. She was therefore entitled to rely on the court to handle this part of the service process. At the very least, the court ought to have communicated the delay and set a deadline for the party to procure a translation itself.

For the German readers amongst you, Benedikt Windau at zpoblog.de provides a detailled discussion, reaching more or less the same conclusion.*

If in doubt (or in a hurry), a party having to arrange for service within the EU should either have apply for the the statement of claim to be served without a translation or attach a translation itself; such a translation does not have to be certified. In any event, the party should not rely on the court to procure the translation – at least not unless and until the Frankfurt Court of Appeals has been overturned by the Federal Supreme Court (Bundesgerichtshof), before whom the matter is currently pending.

If a statement of claim – or indeed any other document falling within the scope of the EU Service Regulation – is served in the original language in another EU country where the original language is not an official language, the addressee may refuse acceptance pursuant to Article 8 (1) EU Service Regulation. Service is then deemed to be pending and ineffective until the documents have been re-served with a translation.

However, there is no risk for the plaintiff if he has opted for service to be effected without translation, as the initial date of service will be decisive once there has been such a re-service. Article 8 (3) EU Service Regulation stipulates: “However, where according to the law of a Member State, a document has to be served within a particular period, the date to be taken into account with respect to the applicant shall be the date of the service of the initial document determined pursuant to Article 9(2).”

* Update: Benedikt’s has published an English version of his case note on ConflictsofLaw.net.

The photo is courtesy of and copyright by Kandschwar