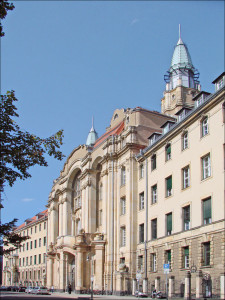 This case of the week deals with the question if and when a translation is required if service of proceedings is effected abroad. It arose in an action brought by a German Facebook user against Facebook Ireland, the Facebook entity through which Facebook apparently conducts its business in mainland Europe. As always in matters of service, we are not really concerned with the underlying facts, but it appears that Facebook blocked the user’s account, and the user wanted to have this measure removed. Initial correspondence by email led to nothing. Facebook Ireland refused to de-block the account with an email; an email, it must be noted, written in German. The user then issued proceedings in the Local Court (Amtsgericht) Berlin-Mitte, filing a statement of claim in German. No translation was ordered, and all the papers were served on Facebook in Ireland in German only. Facebook challenged the validity of Service.

The Berlin Local Court held that the requirements of Article 8 of the Regulation (EC) Number 1393/2007 of 13 November 2007 on the Service in the Member States of Judicial and Extrajudicial Documents in Civil or Commercial Matters (Service Regulation) were satisfied. Article 8 provides that a person served with documents

“may refuse to accept the document to be served (…) if it is not written in, or accompanied by a translation into (…) a language which the addressee understands or the official language of the Member State addressed (…)”.

Here, clearly the first alternative, a language which the addressee understands, was at stake. Apparently, Facebook had argued that pursuant to Article 8, it could refuse to accept the document on the basis that it did not understand German: even though the initial correspondence with the claimant was in German, no one on a management level or within the legal department spoke German sufficiently well. The court was not impressed by this argument:

„In the case of a corporation, in order to assess the language capabilities, it is not the personal capabilities of the members of the management team that are decisive, but those of the organisation at large. In this regard, it is decisive whether the scope of business in a particular country allows the conclusion to be drawn that there must be employees in the corporation who are capable of dealing with legal disputes with customers. (Dabei ist bei Unternehmen für die Sprachkenntnisse nicht auf die persönlichen Fähigkeiten der Mitglieder der Geschäftsleitung abzustellen, sondern auf die Organisation des Unternehmens insgesamt. Entscheidend ist insoweit, ob auf Grund des Umfangs der Geschäftstätigkeit in einem bestimmten Land davon ausgegangen werden kann, dass im Unternehmen Mitarbeiter vorhanden sein müssten, welche sich um rechtliche Auseinandersetzungen mit den Kunden kümmern können.)“

Given the fact that Facebook has in excess of 20,000,000 German language customers, the court thought it was able to conclude that Facebook had sufficient German language capacity to deal with this dispute. In addition, the court relied were the fact that Facebook provided its standard terms and conditions and other standard documents in the German language (“Ferner sind sämtliche im Verhältnis zwischen den Parteien verwendeten Dokumente in deutscher Sprache gehalten, so die AGB der Beklagten, die AGB-Zusätze für Nutzer mit Wohnsitz in Deutschland, die Datenrichtlinie und die Cookie-Richtlinie.“) Finally, the court pointed out that pursuant to Article 246c Introductory Act to the Civil Code (EGBGB), Facebook could have opted out of German as a language governing the contracts it enters into, but had not done so.

I believe that the Berlin Court’s decision is within the scope of Article 8 of the Service Regulation in the case at hand, given the size and resources of Facebook as well as its penetration of the German language market. However, the criteria the court applied are inherently vague and one can easily imagine cases where the position may be less clear-cut.

In case you wondered how the case was decided: Once the court had determined that service had been validly effected, it entered a default judgment against Facebook. I do not know whether Facebook finally accepted the verdict, or whether it moved to have the default judgment set aside.

The photo by Jean-Pierre Dalbéra shows the Berlin court house on Littenstraße, corner of Grunerstraße (on the left) in Berlin-Mitte, now seat of the civil jurisdiction of the Landgericht Berlin. The building was constructed between 1896 and 1904 by Otto Schmalz to earlier designs by Paul Thoemer and Rudolf Mönnich.

One thought on “Case of the Week: No English Translation Required for Service of German Proceedings on Facebook in Ireland”