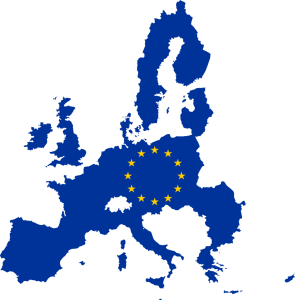 On January 18, 2017, new rules governing the seizure of bank accounts in the European Union came into force: The EU Regulation No 655/2014 of May 15, 2014 established a European Account Preservation Order (EAPO) to facilitate cross-border debt recovery in civil and commercial matters. The EAPO procedure is available immediately.

In its press release, the European Commission describes the EAPO as a “simple and cost-effective way to block funds that are owed” by a creditor in another member state.

Until now, a creditor who is owed money by a debtor in another EU country had to apply to a court in the debtor’s state of residence in accordance with the domestic law of that member state, if he wanted to freeze the debtor’s bank accounts. This in practice required the creditor to instruct a lawyer in that jurisdiction, and in the Commission’s opinion this was often too time-consuming and too expensive, particularly for SMEs. The new procedure was designed to be quicker, cheaper and more efficient for creditors, as the creditor can now combine an action on the merits in his “home court” with an application for an EAPO. To ensure a speedy process, courts have been set a deadline of ten days to issue an EAPO – I would assume that some courts will find making that deadline quite a challenge.

In a nutshell, it will now be possible to seize bank accounts of a debtor domiciled in the European Union in proceedings commenced in another member state and ex parte, that is, without prior notice to such debtor. Any court of a member state can grant an EAPO, provided that it has jurisdiction to hear the underlying case on its merits under the European Union’s rules on jurisdiction, that is, under the Brussels I Regulation Recast. Germany has implemented the EAPO procedure in Sections 946 to 959 German Code of Civil Procedure (ZPO).

The application for a EAPO can be made at any stage of the main proceedings, and even before main proceedings have been issued. The applicant must satisfy the court that there is urgency for such an order to be made. Article 7 (1) of the Regulation reads:

“The court shall issue the Preservation Order when the creditor has submitted sufficient evidence to satisfy the court that there is an urgent need for a protective measure in the form of a Preservation Order because there is a real risk that, without such a measure, the subsequent enforcement of the creditor’s claim against the debtor will be impeded or made substantially more difficult.”

If the application is made before or during proceedings, and no judgment has therefore been obtained yet, the applicant must also show, in accordance with Article 7 (2), that he or she has a bona fide good case and is likely to succeed on the merits:

“Where the creditor has not yet obtained in a Member State a judgment, court settlement or authentic instrument requiring the debtor to pay the creditor’s claim, the creditor shall also submit, sufficient evidence to satisfy the court that he is likely to succeed on the substance of his claim against the debtor.”

At least on paper, this looks very much like the test that German law* and the laws of most if not all member states apply to freezing orders under their domestic laws, but the practice varies (see here for my take on the German approach). These remedies under national law remain available, as “the Preservation Order shall be available to the creditor as an alternative to preservation measures under national law.” (Article 1 (2) of the Regulation)

A remarkable feature of the Regulation is the mechanism it creates to search for bank accounts of a debtor. Article 14 provides for a request to obtain bank account information:

“Where the creditor has obtained in a Member State an enforceable judgment, court settlement or authentic instrument which requires the debtor to pay the creditor’s claim and the creditor has reasons to believe that the debtor holds one or more accounts with a bank in a specific Member State, but knows neither the name and/or address of the bank nor the IBAN, BIC or another bank number allowing the bank to be identified, he may request the court with which the application for the Preservation Order is lodged to request that the information authority of the Member State of enforcement obtain the information necessary to allow the bank or banks and the debtor’s account or accounts to be identified.”

Finally, is the EAPO available in the entire EU? Unfortunately not: As we have come to expect, Denmark has opted out of this Regulation, as it has done with the majority of European legislation on justice and home affairs, ever since the Danish referendum on the Maastricht Treaty in 1992. When the Danes initially rejected that treaty in the referendum, they negotiated a partial but far-reaching opt-out for justice and home affairs legislation.

This time, the United Kingdom has opted out as well – with hindsight, it appears as if the UK government back in 2014 had already anticipated the outcome its referendum. Ireland, on the other hand, could have opted out, but decided not to do so.

Section 917 German Code of Civil Procedure (ZPO) requires the creditor to show that without a preservation order, “the enforcement of the judgment would be frustrated or be significantly more difficult.”