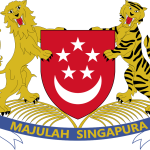 With this, the number of Convention parties will increase to three nominally, but effectively to 28: prior to Singapore, the Convention had been signed and ratified by Mexico and the European Union (spanning the EU itself and its members except Denmark). Signatories which have yet to ratify the Convention are the USA and Ukraine.

The usual exceptions apply, either mandatorily or at the discretion of the court. For example, the recognition and enforcement of a foreign judgment must be refused if the defendant was not notified in sufficient time to enable him to defend the proceedings; if the foreign judgment was obtained by fraud in connection with a matter of procedure; or if the recognition or enforcement of the foreign judgment would be manifestly incompatible with the public policy of Singapore. As a matter of discretion, recognition and enforcement may be refused if the exclusive choice of court agreement is null and void under the law of the state of the chosen court; if a party to the exclusive choice of court agreement lacked the capacity (under the law of Singapore) to enter into or conclude the agreement; if the defendant was notified in a manner incompatible with the fundamental principles in Singapore concerning the service of documents; or if the foreign judgment is inconsistent with a judgment given by a court in Singapore or in another Convention state in a dispute between the same parties.

The recognition or enforcement of a foreign judgment may also be refused in Singapore if it awards damages in excess of compensation for the actual loss or harm suffered by the awarded party – in other words, if a foreign judgment awards exemplary or punitive damages.

This plethora of recognition and enforcement regimes may cause overlaps, in which case the Choice of Court Agreements Act will trump any other regime applicable.

For Singapore, the increased significance of the Convention and the Choice of Court Agreements Act lies in its applicability, in principle, to judgments of the Singapore International Commercial Court. This new court, established in 2015, is designed to deal with transnational commercial disputes and was constituted as a division of the Singapore High Court. Accordingly, where the Singapore High Court is designated in an exclusive choice of court agreement, this designation is to be construed as including the Singapore International Commercial Court (unless a contrary intention appears in the agreement). This is in line with the official intention, as expressed in the parliamentary speech of Senior Minister of State for Law Indranee Rajah, to enhance the international enforceability of Singapore court judgments. It is an aspect of Singapore’s official policy to make the Singapore courts a more attractive forum for determining cross-border disputes and thus to boost Singapore’s position as a dispute resolution hub in Asia.

From a German perspective, each non-EU member state to the Convention adds real benefit to parties in international commerical transactions. And Singapore is a significant trading partner, ranked 34th in imports from Germany and 31th in exports to Germany overall, and ranked 18th and 15th, respectively, amongst non-EU trading partners.