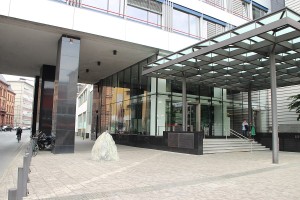 The applicant in the Frankfurt proceedings was an Austrian pharmaceutical company specialising in drugs for rare diseases, its opponent a Taiwanese biotechnology holding all rights to an alpha-interferon compound. The parties had concluded a licence and manufacturing agreement and on that basis co-operated in the commercial exploitation of this compound for the development of a new drug. Under the agreement, the defendant granted, inter alia, a licence to the applicant for use in clinical trials, while the applicant had to assume the costs for the clinical trials required for approval in Europe. The parties also agreed on an arbitration clause. After delays in the studies occurred, the Taiwanese respondent terminated the licence agreement based on alleged breaches of contractual obligations.

In the resulting arbitral proceedings, the applicant claimed lost profits resulting from the delay in obtaining the regularity approval and the resulting delay of the market entry. The arbitral tribunal held that the licence and manufacturing agreement had not been validly terminated and ordered the respondent to pay approx. EUR 140 million to the applicant. The applicant applied to the Frankfurt court to have the arbitral award declared enforceable, whereas the respondent defendant, on the other hand, applied for it to be set aside.

The Frankfurt Court of Appeals declared the arbitral award to be enforceable. It did not find any grounds for refusing the declaration or for setting aside the award.

The respondent had further argued that the arbitral tribunal had had allowed new evidence to be offered by the applicant in its last written submission. Under German rules of civil procedure, it is not for the appeal courts to review whether the first instance court erred in admitting “late” evidence. The reasoning behind this rule is that the policy interest in reaching a decision that is substantively correct (materiell richtige Entscheidung) takes precedence over the policy interest a procedurally correct application of the provisions on late submissions or delays in adducing evidence. This principle of civil procedure does also govern the level of scrutiny applied by a court of appeals when reviewing an arbitral award for the purposes of an enforceability declaration and in setting aside proceeding. Accordingly, for the purposes of declaring the award enforceable, it did not matter whether the arbitral tribunal had rightly or wrongly considered the evidence.