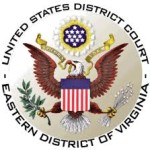 In a judgment last week, the Federal Supreme Court (Bundesgerichtshof) has found a US party liable for damages for bringing an action against its German contractual counterparty in the US in violation of an agreement on the jurisdiction of the German courts. With this judgment, the Federal Supreme Court decided an issue that so far had been controversially debated in the German legal literature. Until this decision, it was not clear whether the violation of a choice of court agreement does not only have a procedural effect, but does also render the violating party liable for monetary damages. (Disclosure: This post is based on the Federal Supreme Court’s press release only, as the full judgment is not yet available. I will provide an update when the judgment comes out.) END_OF_DOCUMENT_TOKEN_TO_BE_REPLACED