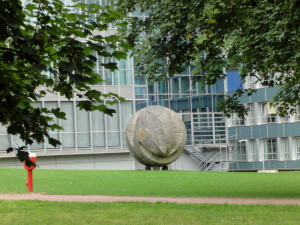 We have tracked the first major piece of Climate Change litigation in Germany, an action by Peruvian farmer Saul LLiuya against German energy company RWE, since it was started in November 2015. Here’s a recap of what happened so far:

END_OF_DOCUMENT_TOKEN_TO_BE_REPLACED 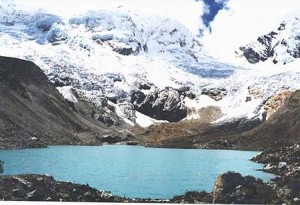 We had reported on the first instance proceedings in the Essen District Court (Landgericht) brought by Peruvian farmer Saúl Lliuya against German energy giant RWE, which resulted in a dismissal of Lliuya’s claim to hold RWE liable for climate change-related damages he might suffer. LLiuya owns property in Huaraz, Peru and argues that this property is exposed to a high risk of flooding and earth slides as a result of the local glacier melting and the water volume in a lagoon above his property increasing dramatically. END_OF_DOCUMENT_TOKEN_TO_BE_REPLACED

We reported on what appears to be the first major piece of Climate Change litigation in Germany, an action by Peruvian farmer Saul LLiuya against German energy company RWE. To briefly recap:

Saul LLiuya owns property in the city of Huaraz in the Ancash region of Peru. It is located at the foot of the Andes below the Laguna Palcacocha, a natural moraine-dammed lake beneath the Palcaraju glacier. LLiuya alledges that, as a result of the melting of the glacier, the water volume of that lake has increased to a dangerous level. He believes that this has been caused by by global greenhouse gas emissions. For these, he considered RWE be jointly responsible because, according to his estimate, it is causing 0.47% of the world-wide greenhouse gas emissions. Accordingly, RWE should be held responsible for any actual and future costs incurred by him to safeguard his property against floods and mudslides. END_OF_DOCUMENT_TOKEN_TO_BE_REPLACED

On 24 November 2015, according to a press release, a Peruvian farmer has issued proceedings against the major German energy company RWE in the Essen District Court (Landgericht). The action, supported by various NGOs, seeks to establish the civil liability of RWE for climate-change induced risks that the plaintiff allegedly is exposed to.

Here is a statement from the plaintiff’s lawyer, Roda Verheyen: “RWE AG releases significant emissions, principally through its coal-fired power plants, which makes global temperatures rise, causes glaciers to melt and leads to an acute threat to my client’s property. We request that the court declare RWE liable to remove this impairment. In late April of this year, RWE rejected letter of claim on this matter. The lawsuit is the next step. The Intergovernmental Panel on Climate Change (IPCC) links Andean glacial melting back to global climate change. In Huaraz, the danger is imminent: the glacial lake Palcacocha, which lies several kilometres above the city, has grown four times in size since 2003. Climate change has also increased the risk that large pieces of ice will break off the glaciers and fall into the lake. This could cause a massive wave, leading to a devastating flood in the densely settled areas below. The Peruvian disaster protection agency warns that there could be a flood at any moment; the Palcacocha glacial lake is the most dangerous in the region. In order to sustainably decrease the risk, large amounts of water need to be pumped out. This requires a new drainage system and reinforcement or amplification of the lake’s dams.”

No doubt RWE will vigorously defend the action, and whatever the outcome is going to be, the matter will progress, most liekly all the way up to the Federal Supreme Court (Bundesgerichtshof).