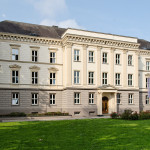 In other news, the newly elected government of North Rhine Westphalia (Nordrheinwestfalen) in Düsseldorf decided to change the name of the Justice Department (Justizministerium) to Department of Justice (Ministerium der Justiz). Reminds me of Monthy Python‘s The Judean People’s Front, not to be confused with The People’s Front of Judea. When asked in parliament, the government conceded that the name change was neither increasing efficiency nor reducing bureaucracy.

Photo by Jörg Wiegels, showing the department’s building. Built from 1866 to 1870, it originally housed the Düsseldorf District Court (Landgericht).

Andreas Voßkuhle, the president of the Federal Constitutional Court (Bundesverfassungsgericht) revealed in a lecture that the court takes a Marxist approach to reality.  END_OF_DOCUMENT_TOKEN_TO_BE_REPLACED 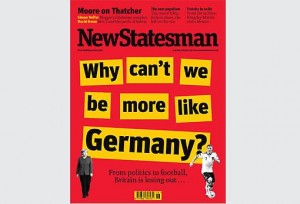 Occasionally on this blog, we mention football (and here and here). And occasionally, we mention Monthy Python. The old English cliches about German krauts, however, appear to be fading away, thanks to a strange combination of politics and football. Just imagine what The Sun’s headlines ahead of tomorrow’s Bayern – Dortmund final at Wembley would have been back in the 1990s. END_OF_DOCUMENT_TOKEN_TO_BE_REPLACED