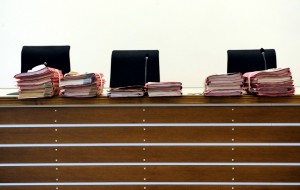 In March 2014, the proposal to allow English language proceedings in German courts has been re-introduced into the parliamentary process. It had become obsolete after last year’s election.* The draft legislation is more or less identical to the one proposed during the last parliamentary term, which had proceeded to an experts’ hearing in the Bundestag.

END_OF_DOCUMENT_TOKEN_TO_BE_REPLACED

Back in 2011, a legislative initiative to allow commercial matters in German courts to be heard in the English language made it to the stage of expert hearings in parliament, but then slowly and quietly passed away. The proposal known as Gesetz zur Einführung von Kammern für internationale Handelssachen (KfiHG)  formally became obsolete when the parliamentary term ended with last year’s elections. Today, Hamburg has taken the issue up again and re-introduced the initiative to the Upper Chamber (Bundesrat) of the German parliament. The scope of the proposal apparently has remained unchanged. In 2011, the majority of the experts heard in parliament were in support of the proposal – see here for a report by one of the experts. We will see how far it gets in this second attempt.