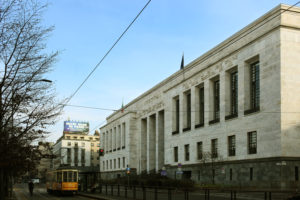 If a foreign party to court proceedings in Germany requires translations of German language documents produced for and/or exchanged in these proceedings, the costs incurred for translations can quickly become significant. The fundamental rule is that the costs have to be reimbursed by the opponent as costs necessary to conduct the proceedings, if the foreign party succeeds in the litigation. A recent decision of the Court of Appeals (Oberlandesgericht) Frankfurt provides a very useful summary of the case law and dismisses many of the standard objections that losing parties tend to raise.

The decision was rendered in proceedings concerning the recognition and enforcement in Germany of judgments issued by the Corte d’appello di Milano and the Tribunale di Milano. The German applicant had applied to the German courts to disallow the enforcement of the Italian judgments, and failed with this application. Hence, he was ordered to reimburse the Italian party’s costs. The Italian party, defendant in these proceedings, included translation costs in its cost submission. It had been represented by a German law firm who staffed the matter with Italian-speaking lawyers and produced the translations of the documents in-house.

The Frankfurt Court of Appeals decided that the District Court (Landgericht) had correctly assessed the translation costs claimed by defendant in full pursuant to Section 91  para. 1 German Code of Cavil Procedure (ZPO). It held:

“The defendant is a legal entity established under Italian law and domiciled abroad. It has neither been argued [by the applicant] nor is it evident that the personnel within defendant’s organisation handling the contracts in question and their execution have sufficient command of the German language, which would have to include familiarity with legal terminology. Such a litigant is, as a matter of principle, entitled to be reimbursed for the translation costs for all essential documents, the annexes attached to the pleadings and court orders. This follows from defendant’s legitimate interest to obtain the most accurate and complete knowledge possible of the current state of the facts and of the dispute in the proceedings brought against it, in being able to follow the proceedings at any time and to decide whether and in what manner the proceedings are conducted. This is required by the right to a fair hearing and by the principle of equality of arms (Waffengleichheit)

This also applies if the foreign party’s attorney carries out the translation himself or through a translator employed in his law firm. The costs of such translations are not covered by the procedural fee (Verfahrensgebühr) pursuant to the Lawyers Remuneration Act, (Rechtsanwaltsvergütungsgesetz).

Nor does it matter whether individual lawyers working for the defendant’s law firm are fluent in Italian or whether Italian-language correspondence is part of their daily routine.”

This decision confirms that a foreign party will be entitled to reimbursement of costs incurred for translations in most instances. The same applies to costs incurred for interpreters for the purposes of attending a court hearing. On the other hand, the foreign party may be entitled to the reimbursement of additional legal fees, if it continues to instruct lawyers that are fluent in its mother tongue alongside a lawyer admitted to the Federal Supreme Court (Bundesgerichtshof) if as a result of such an instruction, no translation and interpreter expenses must be incurred (see District Court (Landgericht)  Köln, order dated 27 August 2009 – 17 W 219/09).