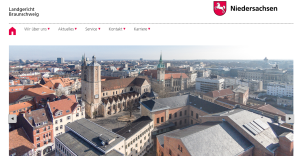 Germany does not have US style class actions. The introduction of the Capital Market Investors’ Model Proceeding Act (Kapitalanlegermusterverfahrensgesetz, KapMuG) in 2005 (triggered by the Deutsche Telekom securities litigation) and of the Model Declaratory Proceedings (Musterfeststellungsklage) that were added to the German Code of Civil Procedure (ZPO) in November 2018 in order to address the wave of Diesel litigation have not really changed that. In the assessment of the plaintiffs’ bar, Germany’s legal tools for seeking collective redress are still not fit for purpose.

This has led to a variety of alternative models being developed. Litigation funders, legal tech start-ups and traditional plaintiffs’ law firms, sometimes with a US background, have been driving these developments. The new offerings typically involve individual claimants assigning their claims to a special purpose vehicle (SPV) which then acts as the plaintiff in civil proceedings. The SPV is funded and the litigation funders absorb the entire cost risk. In return, they charge a success fee – something that German lawyers are not allowed to. These SPVs are regulated: Their business model must comply with the Act on Out-Of-Court Legal Services (Rechtsdienstleistungsgesetz, RDG). Technically, these legal service providers operate as debt collecting agencies (Inkassodienstleister). A violation of the RDG typically invalidates the assignments of the claims to the SPV pursuant to Section 134 German Civil Code (BGB).

Currently, two types proceedings are in the spotlight: On the one hand, consumer actions in relation to the so-called Diesel scandal and on the other hand business-to-business cartel damages litigation. Over the last couple of weeks, there have been interesting developments on both ends:

Just before Christmas, the District Court (Landgericht) Braunschweig issued an interim order (Hinweisbeschluss) stating that in its assessment, an action on behalf of approximately 30,000 claimants against Volkswagen brought by the service provider myright using the assignment model was legal and did not violate the Act and Out-Of-Court Legal Services. In its assessment, the Braunschweig court relied to a large extent on a November 2019 ruling of the Federal Supreme Court (Bundesgerichtshof) in another legal tech matter. Here, the Federal Supreme Court had taken a fairly liberal stand and approved the business model of wenigermiete.de, a legal service provider focusing on landlord and tenant matters. The plaintiffs’ bar, consumer advocates and the new legal service providers welcomed both the Federal Supreme Court’s ruling in wenigermiete.de and the interim order of the Braunschweig court.

But last week, two further decisions shed some light on the complexities of the underlying regulatory issues; the case law is far from being settled.

… but only for domestic claimants

In a parallel matter, myright had brought claims for Swiss claimants against Volkswagen. Here, the Braunschweig district court in an oral hearing on 4 February 2020 stated that in its preliminary assessment, whilst the assignment model worked for domestic German claims, offering the same type of services to foreign residents who had bought Volkswagen cars in their home countries was outside the scope of permitted activities under the RDG. In the court’s opinion, a German licence to provide debt collecting services is limited to providing services in relation to claims governed by German law. The plaintiff lacked any knowledge of Swiss law. For these claimants, the implication might be that their claims have become time-barred, as the action filed on their behalf by the SPV was invalid. According to press reports, some 8,000 foreign claimants, mainly from Switzerland and Slovakia, could be affected.

… and not for B2B cartel damages claims

Also last week, the Munich district court, in a cartel damages matter, issued a judgment that the business model in this case, which consisted in bundling the claims of truck purchasers against the truck manufacturers to pursue cartel damages claims, was not permitted under RDG and dismissed the action. In this case, damages in the total amount of EUR 600,000,000 were claimed from various truck manufacturers. The Munich court finds that if it is analysed in its entirety – looking at the contractual provisions, the way that the plaintiff presented itself towards its customers and the actual implementation – the plaintiff’s business model exceeds the boundaries of debt collecting. In particular, the court stresses that in the cartel damages case, it was clear from the outset that the matter would be litigated. In addition, the court is of the opinion that there are severe risks of conflict of interest arising out of the business model, and in particular out of the funding: the plaintiff could be incentivised to take decisions that are not in the interest of the individual claimants. (“Zum anderen verstößt die Rechtsdienstleistung der Klägerin deshalb gegen das RDG, weil die Erfüllung der Pflichten gegenüber den Kunden durch andere Leistungspflichten der Klagepartei unmittelbar beeinflusst und gefährdet wird.“)

Of course, these are first instance decisions, and they will no doubt be appealed. But at the same time, they stress the risks involved in these new and largely untested business models.