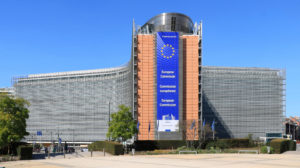 In July, the European Commission moved forward on some pending matters regarding international civil procedure. These concerned, on the one hand, the past in the form of the United Kingdom’s application to accede to the Lugano Convention post-Brexit, which was still formally to be resolved, and, on the other hand, the future, namely the European Union’s accession to the 2019 Convention on the Recognition and Enforcement of Foreign Judgments in Civil or Commercial Matters (Judgments Convention).

Final No to the United Kingdom’s accession to the Lugano Convention.

Earlier this month, the Swiss Federal Department of Foreign Affairs formally announced what everyone had been expecting,:the European Union’s final no to British accession to the Lugano Convention.

“With reference to its notification of 14 April 2020, the depositary informs that, by communication received on 28 June 2021, the European Union notified not to be in a position to give its consent to invite the United Kingdom to accede to the Lugano Convention (see enclosed note verbale of 22 June 2021).”

The “note verbale” of the European Commission does not give further reasons for this decision. In its “Assessment on the application of the United Kingdom of Great Britain and Northern Ireland to accede to the 2007 Lugano Convention,” the EU Commission had stated:

“The Lugano Convention represents an essential feature of a common area of justice and is a flanking measure for the EU’s economic relations with the EFTA/EEA countries. With Norway and Iceland, these relations are based on the EEA Agreement, which brings together the EU Member States and the EFTA/EEA States9 in the internal market. Switzerland’s economic and trade relations with the EU are governed through a series of bilateral agreements where Switzerland has agreed to take over certain aspects of EU legislation in exchange for accessing part of the EU’s single market. The current Contracting Parties all represent this context. These countries participate, at least partly, in the EU’s internal market, comprising the free movement of goods, services, capital and persons. (…)

In its assessment of the request for accession of 4 May 2021, the Commission had announced that it would propose in the near future that the EU joins the of the 2019 Judgments Convention. This has been done with the “Proposal for a Council Decision on the accession of the European Union to the Convention on the Recognition and Enforcement of Foreign Judgments in Civil and Commercial Matters” of 16 July 2021.

In its proposal, the Commission reports on the consultations that preceded the decision to recommend accession. The consuktations showed

“that accession to the Judgments Convention was supported both by Member States and by the overwhelming majority of stakeholders (for example legal professionals, businesses, professional organisations of lawyers and of bailiffs, academics).”

The Convention in Article 18* and 19** allows for declarations to be made. The Commission reports:

The Commission is in favour of excluding the recognition and enforcement of judgments rendered in third countries that relate to the commercial rental or lease of immovable property located in the EU.

The Commission goes on to say that for its impact assessment it assumed that eight selected third countries would accede to the Convention. The selected third countries were Australia, Argentina, Brazil, Canada, China, Japan, South Korea, and the United States. Indeed, accession by the U.S. would have an enormous effect, given the intensive economic relations between the EU and the U.S. and the sheer size of the U.S..

However, their accession in particular seems rather unlikely. Ted Folkman, who follows the Judgments Convention from a U.S. perspective on “Letters Blogatory,” remains skeptical about its accession, especially since the U.S. has not yet ratified even the less far-reaching Hague Jurisdiction Convention:

“What are the barriers to US action? There is the general dysfunction in the Senate, of course, and the general dislike of treaties among many Republicans. Also, perhaps the Biden administration’s agenda has a lot of higher-priority items. But there is another issue, namely, the issue of the roles of federal versus state law in judgment enforcement. This was an important reason why the United States was unable-at least until now-to ratify the more modest Convention on Choice of Court Agreements.“

In my view, a realistic impact assessment by the Commission should therefore not have included the United States.

Again, Denmark will not opt into the EU framework. If the EU accedes, the term “European Union” will not include the Kingdom of Denmark (see Article 1 and Article 2 of Protocol No. 22 annexed to the Treaty on the Functioning of the European Union on

Last but not least: Boris B. and Brexit

Meanwhile, the German courts are getting used to the post-Brexit environment and start treating the UK as a third country, as a famous former German tennis player residing in London – the judgment has been redacted, but my money is on Boris B. – had to learn when he commenced court proceedings in Germany against a German TV personality. The Offenburg Regional Court (Landgericht) held that he had to post security for costs pursuant to Section 110 German Code of Civil Procedure (interim judgment (Zwischenurteil) dated 11 May 2021, file no. 2 O 20/21). The objection that he was a German citizen and no insolvency proceedings were pending against him in Germany did not help.

** Article 19 – Declarations with respect to judgments pertaining to a State