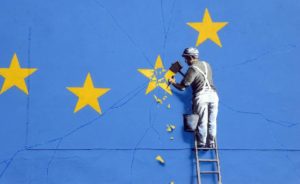 To the best of my knowledge, the Federal Supreme Court (Bundesgerichtshof) decision of 1 March 2021 is the first one dealing with one of the procedural issues arising after Brexit, namely the question of security for costs to be posted by British plaintiffs in German proceedings pursuant to Section 110 German Code of Civil Procedure (Zivilprozessordnung, ZPO). In this case, proceedings were already pending before the United Kingdom’s effective withdrawal from the European Union. Implicitly, the Federal Supreme Court also addresses the question whether “old” multilateral treaties such as the 1968 Brussels Convention or bilateral treaties such as the 1960 British-German Convention were revived after Brexit.

The claimant, domiciled in the UK, brought a patent annulment action in Germany before Brexit became effective. The German Patent Court (Patentgericht) found in the applicant’s favour. In its appeal, the defendant defends the patent only in modified versions. Before the appeal court, a hearing has been scheduled for for 6 April 2021.

“Plaintiffs who do not have their habitual place of abode in a Member State of the European Union or in a signatory state of the Agreement on the European Economic Area shall provide security for the costs of the proceedings should the defendant so demand.

(2) This obligation shall not apply:

The Federal Supreme Court issued the order as applied for by the defendant:

“The prerequisites for ordering security for costs are met. Pursuant to Section 110 para. 1 ZPO, a claimant who is not habitually resident in a Member State of the European Union or a signatory state of the Agreement on the European Economic Area must, at the defendant’s request, provide security for the costs of the proceedings. Pursuant to Section 111 ZPO, the defendant may request security even if these conditions only arise in the course of the litigation.

The defendant had also made its application in good time. The application for security for costs must in principle be made before the first hearing on the merits; it covers all instances:

“Since the obligation to provide security for costs is to be decided only once and not repeatedly at each instance, the application for costs is only admissible at a higher instance if the prerequisites for the provision of security only arose at this instance (…).

In the case in dispute, the prerequisites for the provision of security only arose in the appeal instance. The application filed by the defendant shortly thereafter is therefore timely.”

The Federal Supreme Court further states that a decision of the German courts on the reimbursement of legal costs by the claimant to the defendant could not be enforced in the United Kingdom on the basis of international treaties:

“An exemption pursuant to Section 110 para. 2 ZPO does not exist and is not invoked by the applicant.”

The Federal Supreme Court takes the fact that the defendant defends the patent in the second instance only in a limited version into account by determining the amount of the security to be provided. The court applied a flat-rate deduction of 25% for the first instance and applied a corresponding reduction of the amount in dispute (Streitwert) for the second instance as the basis for the assessment of the security.

The decision is not surprising: As a result of the United Kingdom’s withdrawal from the European Union, UK parties are obliged under Section 110 ZPO to provide security for costs, if the other party so requests. Prior to Brexit, the German courts had rejected applications for security for costs or applications for freezing orders filed in anticipation of Brexit and denied giving Brexit a “pre-effect” in civil proceedings (see here and here). However, the decision of the Federal Supreme Court brings clarity with regard to some practically relevant questions:

If the claimant is domiciled in the UK, defendants can still apply for foreign security in the second instance.

How far the proceedings have progressed has no bearing on whether security is to be provided. The court can take into account the state of the proceedings when assessing the amount of the security.

The Federal Supreme Court finally provides some, but not complete clarity on the question whether any of the old multilateral or bilateral treaties still apply:

Even though the Federal Court of Justice does not elaborate on its reasoning, this can be inferred from the court’s holding that no exemption pursuant to Section 110 para. 2 ZPO applies. Although the court notes that the claimant had not invoked such an exemption either, this should not really make a difference:  The exceptions according to Section 110 para. 2 ZPO have to be reviewed by the court ex officio (see BGH, judgment of 23 June 1982, VIII ZR 198/80; however, the parties may still be obliged to point the court to the relevant materials; Beibringungsgrundsatz).

UPDATE: There is a new post on this topic, triggered by a decision of the Federal Patent Court on the issue.

An extended German version has been posted at www.zpoblog.de/?p=9406