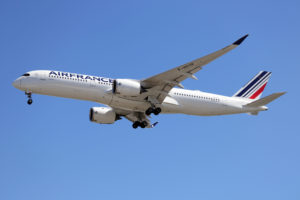 If international contracts are concluded online, they sometimes lack an unambiguous nexus to a specific jurisdiction. Sometimes, this makes it difficult to determinate the competent court. In a recent case involving a German customer, Air France and flights from the United States to France and then on to the UK, the lower German courts found that they had no jurisdiction. It was for the Federal Supreme Court (Bundesgerichtshof) to provide clarity: It found that the Frankfurt District Court (Landgericht) had jurisdiction after all. END_OF_DOCUMENT_TOKEN_TO_BE_REPLACED

END_OF_DOCUMENT_TOKEN_TO_BE_REPLACED

The European Council today passed a recast of the Brussels I Regulation, as the regulation on jurisdiction and the recognition and enforcement of judgments in civil and commercial matters is commonly known. END_OF_DOCUMENT_TOKEN_TO_BE_REPLACED

On September 25, 2012, the European Parliament published its amendments to the Commission’s report on the proposed “recast” of the Brussels I Regulation. “Brussels” I is shorthand for the “Regulation on jurisdiction and the recognition and enforcement of judgments in civil and commercial matters”, the European Union’s central piece of legislation on the subject. Some of the Parliament’s amendments deal with the interplay of arbitration and the Brussels I Regulation. Claims for the resitution of works of art are now also addressed as a seperate item.”

On arbitration, the original Commission proposal had simply stated in the recitals:

“”(11) This Regulation does not apply to arbitration, save in the limited case provided for therein. In particular, it does not apply to the form, existence, validity or effects of arbitration agreements, the powers of the arbitrators, the procedure before arbitral tribunals, and the validity, annulment, and recognition and enforcement of arbitral awards.”

As a result of the ECJ’s ruling in West Tankers (see the Online Symposium on the topic at Conflictoflaws.net for details), the Commission had proposed a mechanism to deal with the lis pendens issue between state courts on the one hand, and arbitral tribunals on the other. The European Parliament now expands on the subject as follows:

“”(11) This Regulation should not apply to arbitration. Nothing in this Regulation should prevent the courts of a Member State, when seised of an action in a matter in respect of which the parties have entered into an arbitration agreement, from referring the parties to arbitration or from staying or dismissing the proceedings and from examining whether the arbitration agreement is null and void, inoperative or incapable of being performed, in accordance with their national law.

(11a) A ruling given by a court of a Member State as to whether or not an arbitration agreement is null and void, inoperative or incapable of being performed should not be subject to the rules of recognition and enforcement laid down in this Regulation, regardless of whether the court decided on this as a principal issue or as an incidental question.

(11b) On the other hand, where a court, exercising jurisdiction under this Regulation or under national law, has determined that an arbitration agreement is null and void, inoperative or incapable of being performed, this should not preclude that court’s judgment on the substance of the matter from being recognised and, as the case may be, enforced in accordance with this Regulation. This should be without prejudice to the competence of the courts of the Member States to decide on the recognition and enforcement of arbitral awards in accordance with the Convention on the Recognition and Enforcement of Foreign Arbitral Awards, done at New York on 10 June 1958, which takes precedence over this Regulation.

On art restitution claims, the Eurpean Parliament has added the following objective: