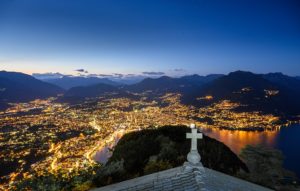 There has been a fair amount of speculation about the EU’s position regarding the application of the United Kingdom to accede to the 2007 Lugano, and we have tracked the topic fairly closely on the blog, including the latest press reports that the EU Commission might have changed its approach.

Today, the EU Commission finally published its Assessment on the application of the United Kingdom of Great Britain and Northern Ireland to accede to the 2007 Lugano Convention, communicated to the European Parliament and the Council. Readers of this blog will not be surprised to learn that the EU Commission recommends that the European Union should not give its consent to the accession of the United Kingdom to the Lugano Convention:

The Commission follows up on that statement with a piece of advise to all of us:

“Stakeholders concerned, and in particular practitioners engaged in cross-border contractual matters involving the European Union, should take this into account when making a choice of international jurisdiction.”

In the Commission’s assessment, the Hague Conventions will provide the future basis for judicial cooperation with the UK, not only the 2005 Choice of Court Convention, which is already in force, but also the 2019 Judgments Convention:

“The Commission is planning to propose EU conclusion of the 2019 Hague Judgments Convention in the near future. In the case the United Kingdom concludes that Convention, it would apply to the future judicial cooperation with the EU.”

While the EU’s no to the UK joining the Lugano Convention did not come as a surprise, the announcement that the EU is to join the 2019 Judgments Conference did. This would no doubt be a boost to the convention, which so far has been signed only by Israel, the Ukraine and Uruguay.

I will end this post with some “See, I told you so…” recaps: Not that I am happy about the outcome – I would not have minded to be wrong -but: Ever since judicial cooperation in civil and commercial matters did not make it into the Commission’s negotiation mandate, I was very pessimistic about avoiding a hard sectoral Brexit in that field. Ever since Lugano was not mentioned in the Withdrawal Agreement, I thought it unrealistic to expect the UK’s accession to Lugano.  I felt that the focus for judicial cooperation with the UK in civil and commercial matters therefore had to be on the Hague Conference’s framework, including the 2019 Judgments Convention.