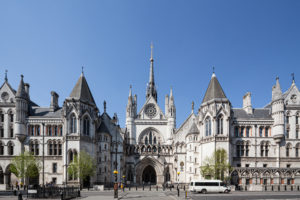 Given the activities of the Advisory Commission, with two recommendations and a press release on a default with a couple of weeks, the blog has been rather art law-heavy recently. So for a change, let’s revisit another recurring theme: Brexit! Over at legal twitter, Professor Steve Peers published a “thread on where we stand with EU conclusion of the Brexit deal, based on internal unpublished Council documents.” One of these documents Professor Peers shared is a letter of the UK Mission to the European Union dated 29 January 2021. It reads, in its relevant part, as follows:

Declaration of the UK Government

As regards judicial cooperation in civil and commercial matters, the declaration of the UK Government confirms the assessment that we have a hard Brexit for that sector (see here, and for an extended German version for FAZ, see here). The Brussels regime falls away completely, both in the form of the Regulation and of the Convention. Here, the attention will now shift to the question whether long forgotten bi-lateral treaties such as the 1928 Convention between His Majesty and the president of the German Reich regarding Legal Proceedings in Civil and Commercial Matters or a similar 1960 treaty are applicable again.

Conflict of Laws: Indirect Survival of the Rome Regime

The fact that the conflict of law rules under the Rome regime cease to apply directly will have no short-term impact. From an EU perspective, the Rome I and Rome II regulations have universal application, that is, they will apply also in relation to a non-EU member such as the UK. From a UK perspective, the rules provided for by the Rome I and Rome II regulations now form part of its domestic law. Over time, of course, the conflict of law rules could diverge as a result of changes to the law or of different interpretations being adopted by the UK courts on the one hand and European courts, and the European Court of Justice in particular, on the other hand.