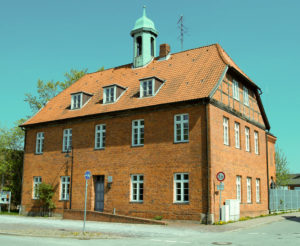 Anyone summoned by a state court to be heard as a witness is in principle obliged to appear and testify (Section 380, 395 et seq. Code of Civil Procedure ZPO) and the courts can enforce that obligation. Things are different, however, in arbitration: There is no duty to appear before an arbitral tribunal.

The Federal Supreme Court (Bundesgerichtshof) in its recent decision has clarified the position: The court’s decision to grant judicial assistance is final and cannot be challenged with an immediate appeal (sofortige Beschwerde). This remedy is only available if the court refuses to assist and rejects the application.

The respondent challenged this decision with an immediate appeal to the District Court (Landgericht) Lübeck, which dismissed it by order of 15 May 2019, but granted leave to pursue the matter to the Federal Supreme Court. There, the respondent pursued its application not to hear the witness on any question at all.

As a matter of principle, the courts of appeals (Oberlandesgerichte) have jurisdiction in all matters related to arbitration proceedings (Section 1062 ZPO). Some federal states have concentrated these matters with one court of appeal for the entire state: The Bavarian matters all go to the Munich Court of Appeals, those in Rhineland-Palatinate go to Koblenz and North Rhine-Westphalia assigned the jurisdiction to the Cologne Court of Appeals (Section 1062 para. 5 ZPO).

There is, however, an exception: Jurisdiction for the proceedings under Section 1050 ZPO has been assigned to the local court in whose district a witness resides or any other actions to are to be taken by a judge (Section 1062 para. 4 ZPO), for reasons of proximity to the witness or the substance matter.

As regards remedies against court decisions on judicial assistance pursuant to Section 1050 ZPO, the legal position was unclear, as there was no precedent from the Federal Supreme Court. In the legal literature, the position was taken by some commentators that decisions of state courts on the support of arbitration courts ought to be challenged according to Section159 Courts Constitution Act (Gerichtsverfassungsgesetz, GVG) a provision that concerns legal assistance that state courts provide to other domestic or foreign courts. The predominant opinion amongst the commentators was in favour of the application of Section 567 ZPO, with some authors arguing that Section 567 ZPO should apply – over and above its wording – not only decisions refusing assistance should be contestable, but also those granting the assistance of the arbitral tribunal.

The Federal Supreme Court held that a decision of the Local Court on the assistance to an arbitral tribunal in the taking of evidence is governed solely by Section 567 ZPO. Section 159 GVG was not applicable. Furthermore, the Federal Supreme Court clarified that Section 567 ZPO must not to be interpreted extensively to the effect that an immediate appeal is admissible not only in the case where the state court refuses to support the arbitral tribunal, but also in cases as this one, where the Local Court granted the request for support of the arbitral tribunal. In its decision, the Federal Supreme Court reviewed the legislative materials for the 1998 Reform Bill that introduced the German arbitration law, the 10th Book of the ZPO, currently in force. The court found that the legislative concept within the ZPO that assigned all arbitration related issued to the courts of appeal with the exception of the support in the taking of evidence which is allocated to the local courts is coherent and seamless, and there is no need to resort to provisions outside the ZPO:

“There is thus no gap in the rules which would need to be closed by applying Section 159 GVG to requests for assistance pursuant to Section 1050 ZPO.”

The Federal Supreme Court then discussed and rejected an extended interpretation of Section 567 ZPO. One key argument is that allowing an immediate appeal against a decision of the Local Court granting the request would amount to an objectively unjustified improvement of the opponent’s position, if one compared it with the scenario of arbitral proceedings in which the taking of evidence was conducted without the assistance of the state courts. In that case, this party would have no recourse against a decision to take evidence. In the opposite case, however, the court accepts there is a justified need to have access to legal redress (Rechtsschutzbedürfnis), because the arbitral tribunal does not have the powers to coerce witnesses to appear. As a result, evidence would be effectively lost if the state court refused to provide assistance, and hence the right onto challenge such a decision was required.

In my opinion, the Federal Supreme Court got it right. To allow an immediate appeal only against decisions of the Local Court that refuse to provide support in the arbitration proceedings helps the arbitral tribunal to expeditiously conduct the taking of evidence and thus the arbitration proceedings. The legal situation is thus similar to that in state litigation, in which a court’s decision on the taking of evidence (Beweisbeschluss) cannot be challenged in isolation either.

The decision of the Local Court Schwarzenbek could therefore only have been challenged by the applicant by way immediate appeal to the extent that the Local Court had only summoned the witness to be heard on five questions of evidence, but not on the sixth question of evidence, which the applicant had also requested. The respondent, on the other hand, had to accept the taking of evidence to the extent permitted. They had to raise any objections as to the inadmissibility of the evidence in the arbitral proceedings, for the arbitral tribunal to rule on these objections.

Over at zpoblog.de, I have posted an extended and somewhat more technical version of this post (in German).

tl;dr: The decision of the Local Court to deny assistance to an arbitral tribunal in the taking of evidence pursuant to Section 1050 ZPO can be challenged solely pursuant to by Section 567 ZPO. Section 159 GVG does not applicable accordingly.